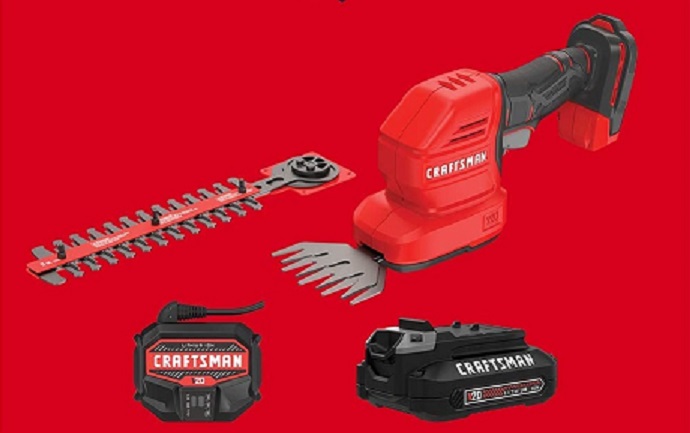 There are 2 basic types of trimmers. that are motorized and the manual ones. Manual hedge trimmers are also known as hedge shears and hedge clippers are similar to scissors and pruning shears. They are easy to use and portable. They are cheap and easily available.  The others are the motorized hedge trimmers that are way faster. They need less effort and but consume energy in the form of fuel or electricity. There trimmers that are powered by electricity. These are lightweight, more powerful, and faster all at the same time. They are not noisy and do not cause pollution. The ones that are operated on the gasoline are noisy and also cause pollution they can not be used in a residential area. They are heavier than the ones that consume electricity. And are difficult to start and operate.

The hedge trimmer sharpener comes in a variety and different kinds. Most of them are bulky machines that are not portable but are very efficient they are made according to the need and requirements of users. Most of them can sharpen a variety of hedge trimmers as they are supposed to sharpen the blade hence the basic principle of action is the same. They consist of a handle and a platform that stabilizes the machine on the shelf. They have fast-moving blades equipped in them that are changeable. With a power source, the rough surfaces move rapidly against the blade to be sharpened.

Benefits Of Sharpening Of Hedge Trimmers

Followings are the benefits of sharpening hedge trimmers.

Followings are the benefits of hedge trimmers.

Following precautions are to be taken while sharpening the trimmers.

Hedge trimmers of all kinds are very cost-friendly they do not need maintenance. Their stones and blades are long-lasting. They do not consume much energy and are saving money on new sharp trimmers. They save time and money on buying both the sharpeners and the trimmers as well.

What Tells You That Your Trimmer Needs Sharpening?

The hedge trimmer keeps getting jammed in between working with it. This will tell you that your trimmer needs sharpening immediately. Your hedge sharpener will not cut the branches cleanly.

Following are the tools and types of equipment that will correctly sharpen your electric hedge trimmer.

Can It Be Done At Home?

link to How Do Honing Rods Work?
What Honing Actually Is? Honing is the process to smoothen out sharpened edges and aligning them. Honing is the after the process of sharpening. Honing is vital for refining the edge that has already been sharpened. Honing improves the sharpness ... Read More
Continue Reading
link to How To Sharpen Vitamix Blades?
What Is The Usage Of Vitamix Blades? Vitamix blades are made up of stainless steel and are used in mixers, juicers, or blenders. This is practically for the purpose of blending and making smoothies and purees. Why Do We Need ... Read More
Continue Reading